GET TO KNOW ME BETTER

I'm a single dad living in the Washington DC metro area and well versed in both visual design and web development.
‍
From a young age, I became interested in coding. In fact, I started learning how to code when I was 11 using my old VTech Precomputer 1000 that I used to create simple programs. It wasn't as sophisticated as today's technology, but it's what got me started.
‍
Although I've always known I would be in this industry, I didn't start pursuing it until my life took a sharp turn in my early 30s. The painful experience changed my life's philosophy and inspired me to start pursuing my passion. It made me more grateful for what I have and more appreciative of the people around me.
‍
With my new outlook on life, I became a student of it, learning and experiencing as much as I could. I grew my skillset in computer programming that eventually expanded over to design and the psychology behind it.

Today, I am more inspired and focused on the psychology of design than ever and how I can use it to benefit the user. My goal is to work on meaningful projects and build products that help change people's lives for the better. 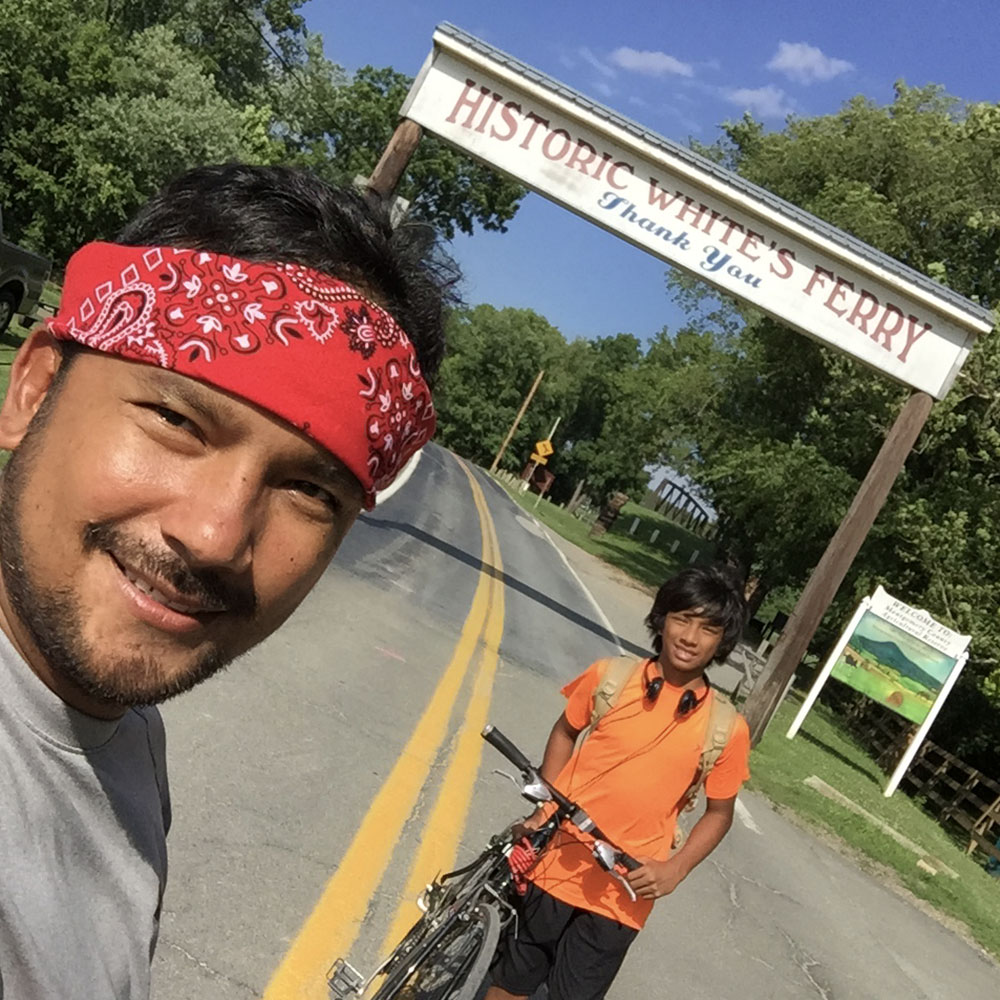 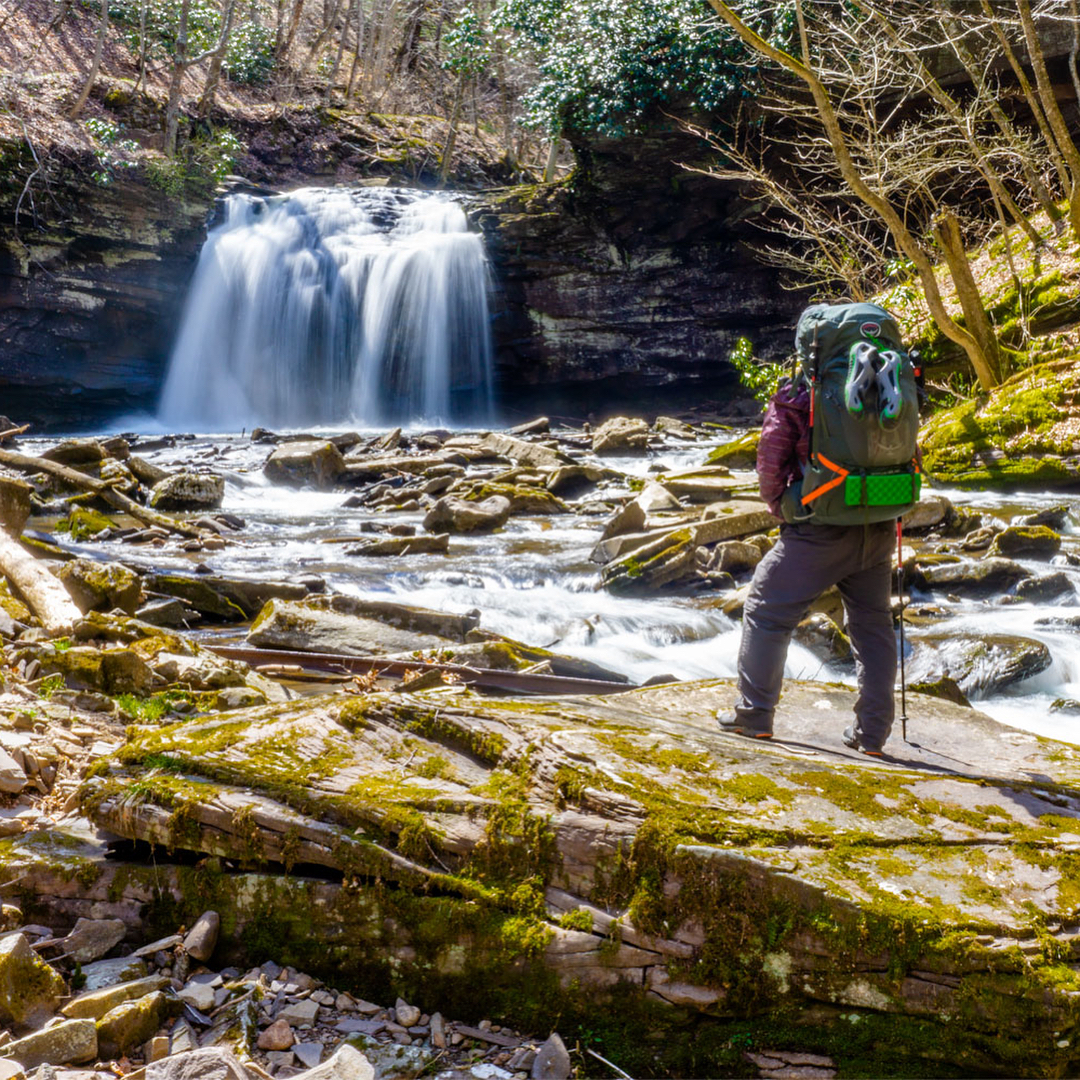 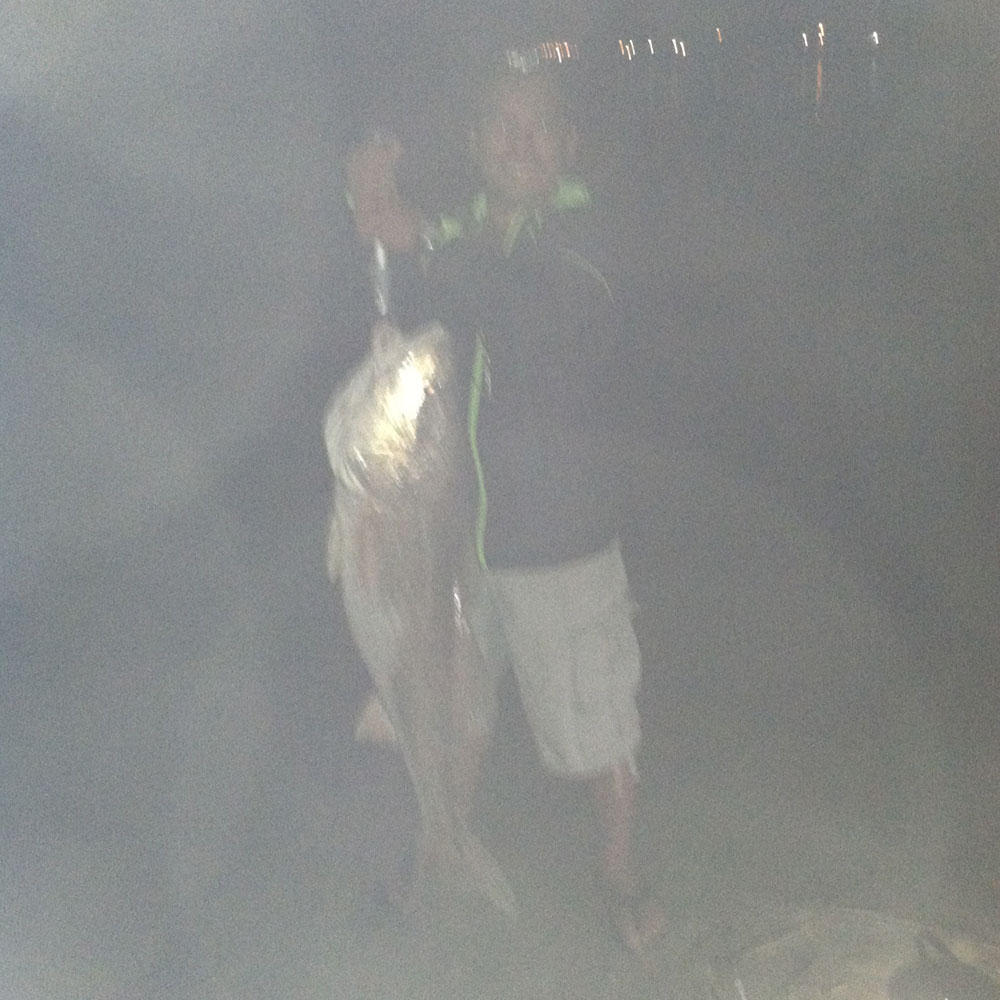 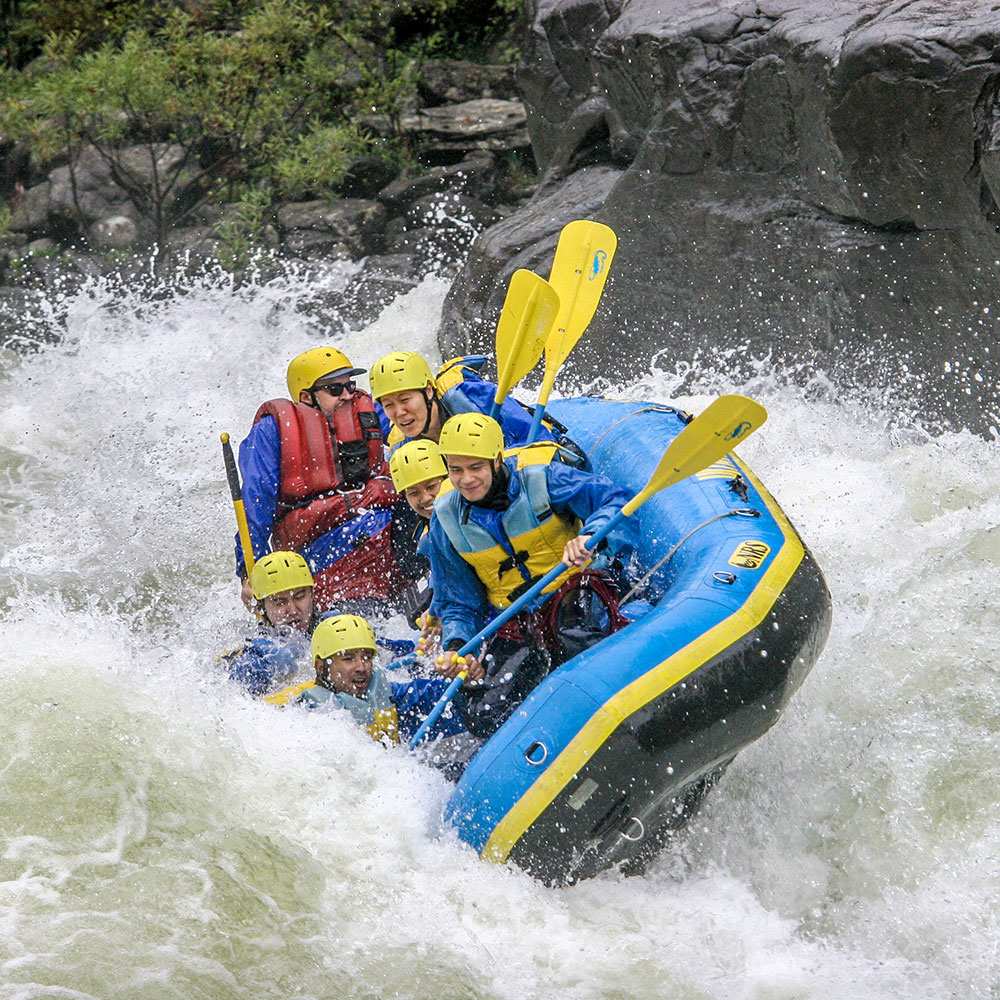 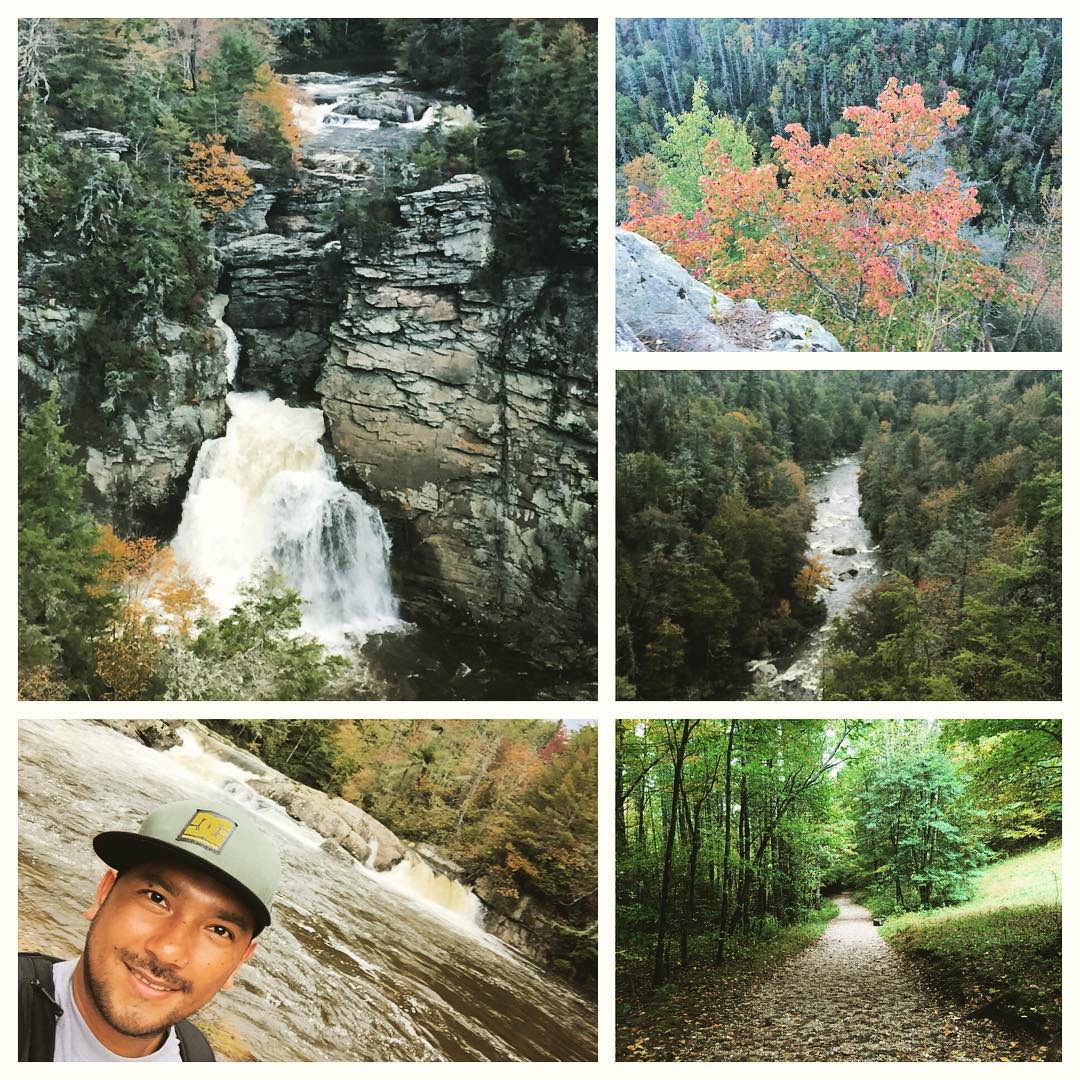 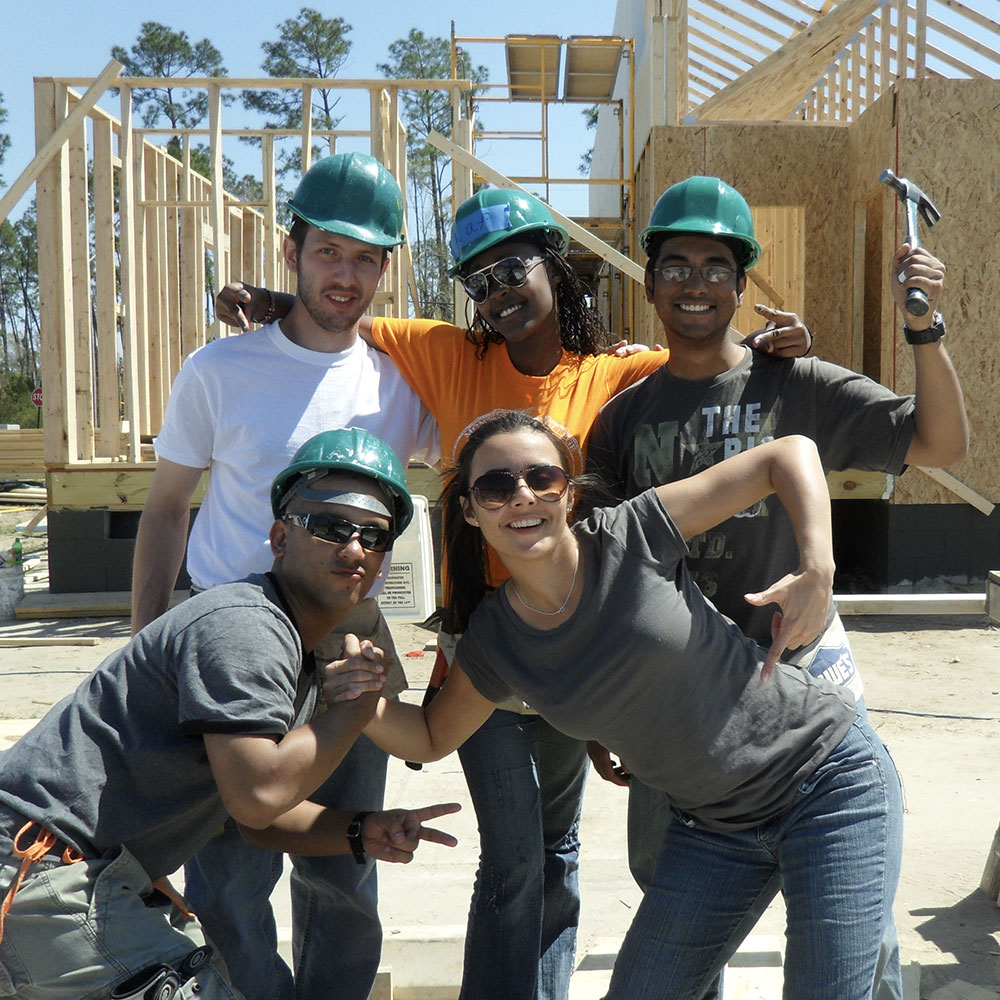 "Collect memories, not things" is one of the quotes that inspired me on how to live my life. I believe life should be an adventure, and I'm always curious and willing to explore new experiences. I find that feeding into your curiosity often leads to memorable moments that you'll forever treasure. [click on the icons for pictures]

I took my son on a 60-mile bikepacking trip from West Virginia to Washington, DC. The trail was called Chesapeake & Ohio scenic trail, and we stopped by multiple historic towns and lock ruins along the way. The path ran along next to the Potomac River, where we camped and hunted our own food (just kidding, we brought ramen and sandwiches). At night, the "frogs" were so loud that they sounded like people talking and humming. Given that the area used to be an active Civil War trail (and believed to be haunted), we chose to believe they were just frogs.

I went on my first solo backpacking trip in West Virginia. The trail was called Spruce Knob and Seneca Creek, and it was supposed to be a 16-mile loop, but I got lost, so I ended up walking an extra 6 miles (22 miles in total). I camped next to a waterfall, and I wandered around in the dark at night to take pictures (literally, no one was in the trail on both days). At night, the temp dropped below freezing, so in the morning, some rock surfaces were very slippery (I ended up slipping on one of them and landed on my lower back - long story). The trail also has a plane-crash site that I explored where 2 people lost their lives in the 70s (sad).

I caught my first bull Red drum when I went on a spontaneous fishing trip in Florida. I was totally unprepared for the fight, but luckily my fishing gear held up. The fish weighed around 36 lbs and about 44 inches long. Thankfully, some people driving by saw me reeling the fish in, and they stopped to help take my picture (or this would've been just another fishing story, but I would have definitely doubled its actual size when I told people about it). The fight lasted around 15-20 min because I didn't want to stress my fishing line to failure. After some mandatory selfies, the fish was safely released back in the water.

I almost drowned in a whitewater rafting trip during the Gauley season in West Virginia. Our raft capsized in a class V rapids called Pillow Rock, and all of us got pulled down this whirlpool called the 'Toilet Bowl.' After we surfaced, we were scattered along the river, but I drifted towards another rapid where the water flowed under a huge rock. The people who were watching were yelling at me to swim away, so I swam as hard as I could until just enough that when I got pulled underneath, I didn't go directly under the rock, and I avoided getting pinned. It was exhausting keeping my head above water even with a floatation vest on. Luckily, someone in a kayak came and towed me away from the rapids.

I took an epic 5-day solo road trip through the Blue Ridge Parkway to see the foliage in the Fall. The parkway is a scenic highway that spans 469 miles from the Smokeys of North Carolina to the Shenandoah mountains of Virginia. I camped (at campsites) and hiked multiple short trails along the way as I worked my way north. It rained and stormed most of the time, but I think that's what made the trip more memorable. Hiking and camping in the cold rain is a special kind of fun (sucks, I couldn't make any bonfires though). The best thing about the rain is it made waterfalls look more stunning and foggy trails more enchanting.. - and I got used to wearing wet clothes every day.

I had a fantastic time with some good friends building a home in Bay St. Louis, Mississippi, for the Hurricane Katrina victims. Years after the great storm, many of the small communities in the area were still struggling to rebuild, and Habitat for Humanity was one of the non-profit organizations that were helping them. Since they lacked the manpower and funding, my school friends and I volunteered our Spring Break to help them rebuild. Although it was hard work, we all had a fantastic time and felt great that we did something meaningful. During our off times, we hung out with the locals, explored some beaches, drank some southern sweet tea, and ate my first gator sausage. That was also my first time experiencing the great Southern hospitality.

The values that guide me

Although there are many principles and values that I believe in, these are the top five that influence how I live my life and the decisions that I make. These are the moral compass that guides me every day.

Integrity is keeping your character true to your own beliefs, moral values, or principles. Our code of conduct develops over time through our experiences with our environment. It is a big part of our identity. I believe that integrity is what keeps me whole and that no matter how severe the external factor of life's influence can be that I will stay consistent with my principles.

Empathy is the ability to understand the feeling of another. This value takes continuous practice, experience, and education to enhance but cannot be mastered. Our perception will always be one-sided, so to solve real problems, we also need to consider other people's perspectives. Practicing empathy is necessary for solutions to be active, and it is the ability to peel multiple layers of perceptions. This value is significant when designing for the user.

One of the most important things that I've learned in life was that the only thing I have control over is myself. Having the ability to find my own way and rely on my own ability to get things done is very empowering. I made it a mission to always improve on my ability to be independent because the other part of this philosophy is that I also become a reliable source for the people in my life.

Gaman is a Japanese philosophy that means to endure or tolerate any adversity that comes into your life. Be strong-willed and stay focused on what you're trying to accomplish. Life can be tough at times, but this value keeps me centered, knowing that the pain and hardships are just temporary and will soon pass. It is the ability to resist submission that goes against your own principles and persist until the goal is completed.

Kaizen is a Japanese philosophy that means to continuously improve for the better. I came across this philosophy by accident, and it aligned perfectly with what I already believed in. The key to this principle is to always strive to be better, no matter how big or small the steps that I take. Still learning, growing, and improving myself in any way I can. The idea of moving forward is always at the back of my mind.

Two sides of the same coin

In my journey, I've learned many things and developed skills in both design and development. My skillsets allow me to be more adaptable with my process, efficient in my methods, and effective in my solutions. I believe that there's an excellent value in the ability to look at a problem from many different perspectives.

Although attending school is often necessary, it is not the only place to get an education. I believe schools can only help you get started or guide you, but it is ultimately up to you to facilitate your own learning so you can develop valuable skills inside or outside of the classroom.

Some projects I've worked on

I am very grateful to have the opportunity to work with my clients. Each of their projects posts very unique challenges that require very creative solutions. I've learned so much from them, and I am honored to be a part of their process.

My work has been seen in

Being recognized for your hard work is a great thing, but it's not the only thing that matters. I've looked into these websites and magazines (and countless others) for inspirations, and I am glad that I was able to pay it forward and inspire others just like how others have inspired me. 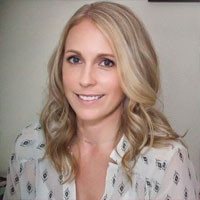 His attention to detail and willingness to go the extra mile in making sure the job is done correctly... 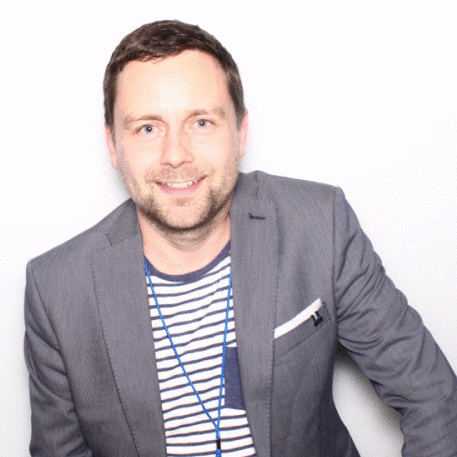 He has done a tremendous job and every piece of design we receive is very well thought through. 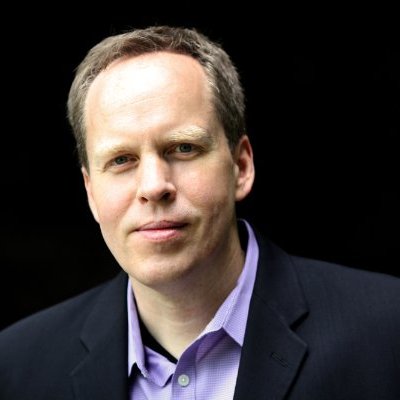 Earl has a great design sense. The visual communications he creates for clients are fresh, engaging, produced strong results.. 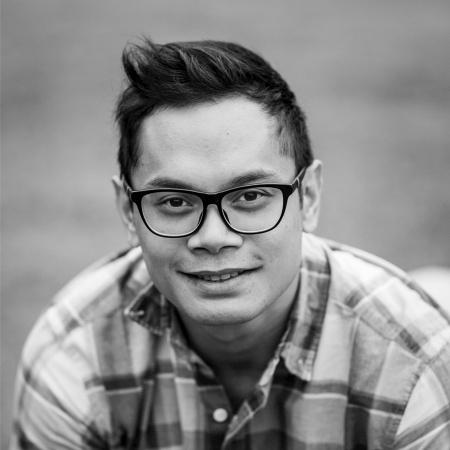 His designs are effective and elegant and he’s always thinking about the User. 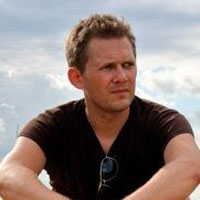 On several occasions we have given him a vague idea of what we are trying to achieve and he has come back with truly unique and great ideas. 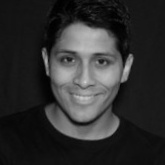 I found him to be an extremely dedicated and caring individual and one that is adaptive to many situations... 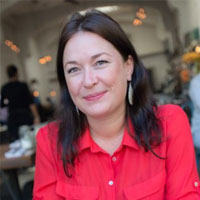 He’s trustworthy, and has a great personality, making him a pleasure to work with. 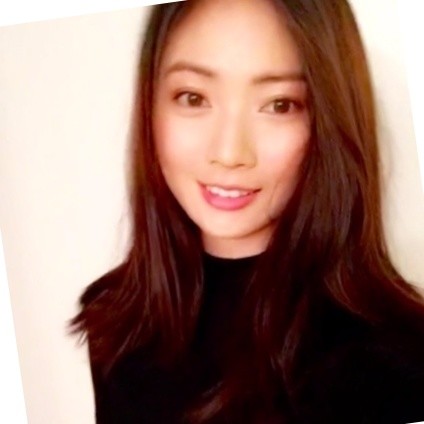 It was a pleasant working with Earl. He was always very responsive and we are very pleased with his work. 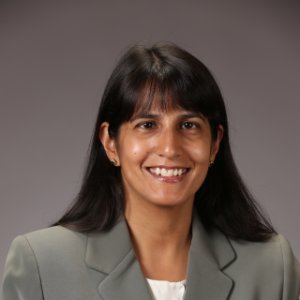 Earl worked very collaboratively with my team and delivered a high quality product.

VP of Marketing, Specialists On Call 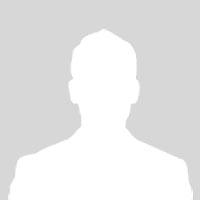 He quickly grasped the nature of our business and was able to translate that information into our unique web design... 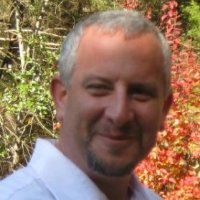 Earl is the best! He explains things in ways that even I can understand... 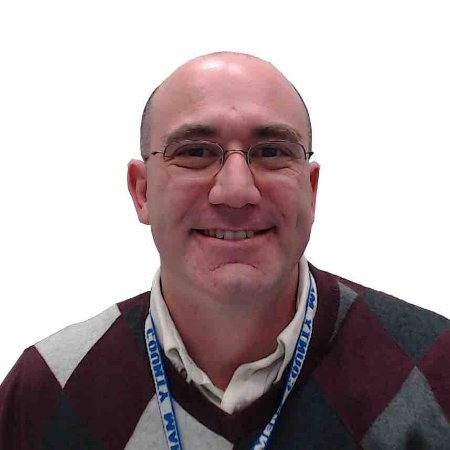 I’m consistently impressed with the quality of his work. 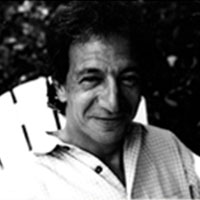 He was especially careful to get a sense of the tone I sought so it would reflect my sensibilities and personality...